What is a museum? And why did ICOM fail to answer the question in Kyoto… 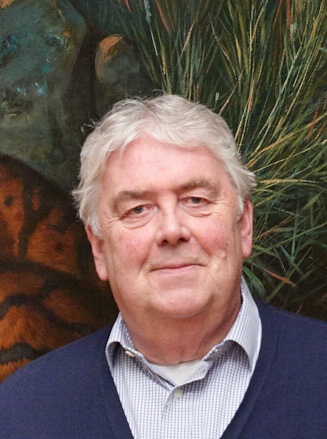 Ever so often, the museum profession updates its answer to this question. At its very start in 1946, ICOM defined a museum as collection; from 1951 it was defined as an establishment, only to become a permanent institution in 1961. The current version 6 of the definition was adopted in Vienna in 2007. It included intangible heritage. Asian colleagues had forcefully put forward that notion at the previous 2004 ICOM meeting in Seoul. It was a well prepared update that did not encounter any resistance.

At the recent Kyoto ICOM conference, however, things went wrong. After four hours of discussion a two thirds majority referred the proposed new museum definition to the waste basket; at least, they postponed the vote for a year. As the Dutch proverb goes, procrastination is cancellation…

What had gone wrong?  Obviously, the majority could not identify with the new definition. Why not? What did people disagree about? Three years ago, ICOM had created its new Standing Committee for Museum Definition, Prospects and Potentials (MDPP) with the task of updating the museum definition. Led by my former colleague Jette Sandahl, who once created the impressive Museum of World Culture in Gothenburg; and consisting of an impressive selection of heavyweights from the world of ethnological museums and world cultures museums. These world cultures museums are very new developments; they address issues of cultural identity and diversity and are driven by social responsibility issues. And the (European) ethnographic museums have all gone through a huge crisis in recent decades. Once they realized – around 1990 – that they had to drastically shake off their legacy from the colonial past, they had to reinvent themselves. There was a shift from presenting others without including them towards people and world cultures. A new legitimacy was found in universal declarations, such as those about human rights (UN), cultural diversity and intangible heritage (UNESCO) and climate change (IPCC). A new museology was introduced in which polyphony, partnership, inclusion and social responsibility and the sharing of knowledge and collections with museums in countries of origin played a major role. These were stunning and electrifying developments; I have myself participated enthusiastically. This transformation has served the ethnological museums very well. They are proud and vibrant institutions again. Take the recently reopened Royal Museum for Central Africa in Tervuren near Brussels as an example (or Weltmuseum Wien for that matter)!

And now all these innovations from this section of the museum world have suddenly been loaded into in the new museum definition. Oops! In comparison, all previous adjustments were small beer! The permanent institution had to make way for democratization, inclusive and polyphonic spaces for critical dialogue about pasts and futures (yes, plural, because everyone has their own past and future of their own …). And then a small essay with good intentions follows.

What went wrong here? I would say, a vanguard of museums that has just invented or reinvented itself has run wild. It has tried to make its beautiful vision the universal criterion for an institution to qualify as a museum; and thus be admissible to ICOM. Here, the museum definition has become a means of action. ICOM has made a crooked stroke with a straight bat. That is not what our museum definition is intended to be used for. Let it please denote what is universally accepted and remain the greatest common denominator that binds all ICOM members. The new ICOM Executive Council is facing the momentous task now to boil down the inspiration of the MDPP to a universally acceptable update of the museum definition. And by all means avoid another such fiasco as in Kyoto.

Steven was director of the Museum of Ethnology in Leiden and the Weltmuseum Wien in Austria. He is now chairman of the Museumpeil Foundation in the Netherlands and Flanders.
This text is a revised and translated version of a column originally published in Dutch in the online newsletter of Museumpeil.

A museum is a non-profit, permanent institution in the service of society and its development, open to the public, which acquires, conserves, researches, communicates and exhibits the tangible and intangible heritage of humanity and its environment for the purposes of education, study and enjoyment.

Museums are democratising, inclusive and polyphonic spaces for critical dialogue about the pasts and the futures. Acknowledging and addressing the conflicts and challenges of the present, they hold artefacts and specimens in trust for society, safeguard diverse memories for future generations and guarantee equal rights and equal access to heritage for all people. Museums are not for profit. They are participatory and transparent, and work in active partnership with and for diverse communities to collect, preserve, research, interpret, exhibit, and enhance understandings of the world, aiming to contribute to human dignity and social justice, global equality and planetary wellbeing.